I finished my Cool Strings Quilt this week. Measures 42” square, machine quilted either side of the rows and columns seams. 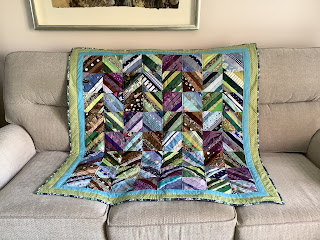 A close up of some of the string blocks: 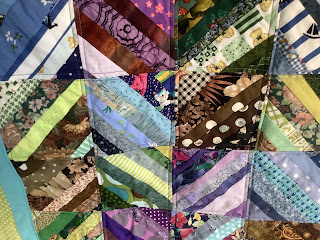 And the backing, using one of the new backing fabrics I recently bought online, increasingly the width with a band of fabric which came from  quilting friend Helen after she downsized her stash. 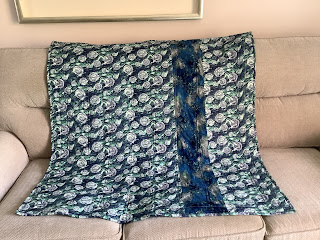 This has gone into my cupboard until the right recipient comes along.

I added to my Ticky Tacky houses for the RSC 2021 Blue month : 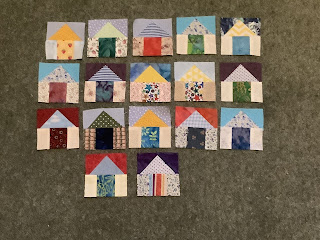 17 blocks, all have some blue fabric,  some blocks more blue pieces than others.
Then a 49 patch block and 5 x 4.5” Crumb blocks, made from mostly blue fabric scraps. 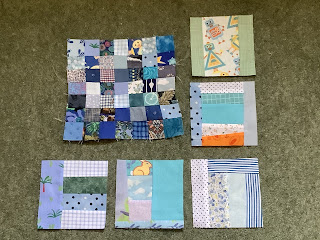 Then I made a start on the Bonnie Hunter Easy Breezy blocks I had chosen as one of my blocks for this year’s RSC project. Quite a few pieces in these blocks but they went together extremely quickly. They take longer to cut than piece - for me anyway. 12 blocks in total. 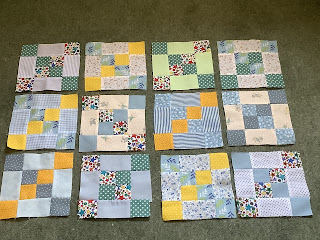 But of course for my country this week has been all about HRH Prince Philip, Duke of Edinburgh who sadly died  on 9th April, just a few weeks short of his 100th birthday. What an amazing man he was, a wonderful husband, father, grandfather and great grandfather but most of all a great husband for our Queen. A love match which lasted 73 years. He was a very clever and talented man, having expertise in so many different fields which have formed the basis for many, many ideas that will outlive him.
One of his creations was the Duke of Edinburgh Awards Scheme, for young people of any class, creed or colour. Both of our children took part and learned so many new things. Our son, Christopher was a Scout, attending the Jamboree in Seoul, South Korea when he was 16 years old. Christopher completed his Gold Award not long before he tragically died in a car accident at the age of 21, in February 1996. The local
D of E organiser asked if we would like the Award to be made posthumously and we agreed. We were invited to St. James’s Palace in London a little while later and we had the honour of being presented with Christopher’s Gold Award by Prince Philip. We were taken to an anti room, away from all the other recipients and their families and had a private time with the Duke. He was so kind and thoughtful and made a point of speaking especially to our daughter who was just 19 at the time. We will never forget his kindness and hope he is now at peace and at rest after all his labours. God bless you, Prince Philip. 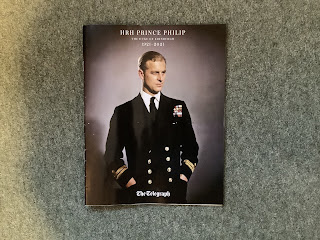